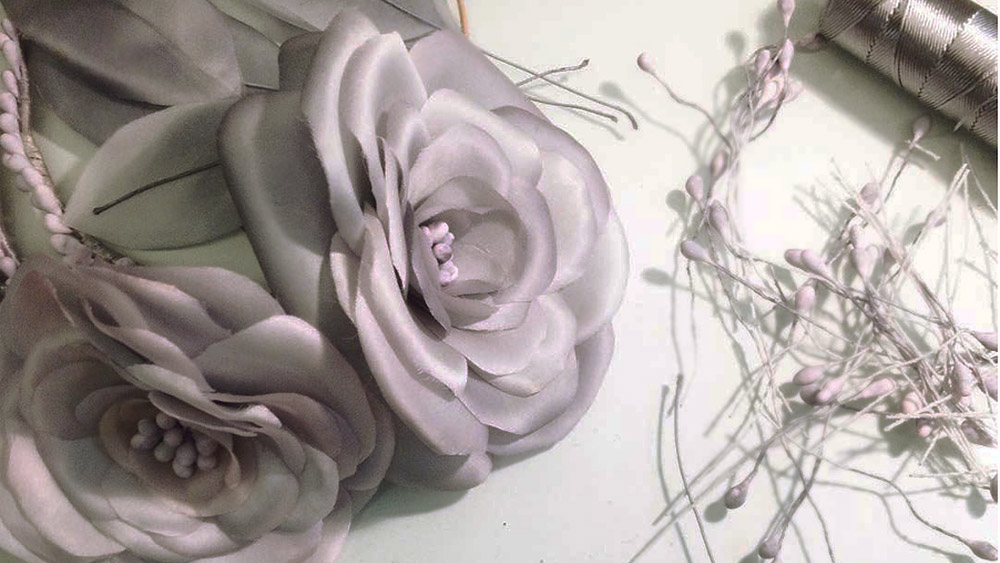 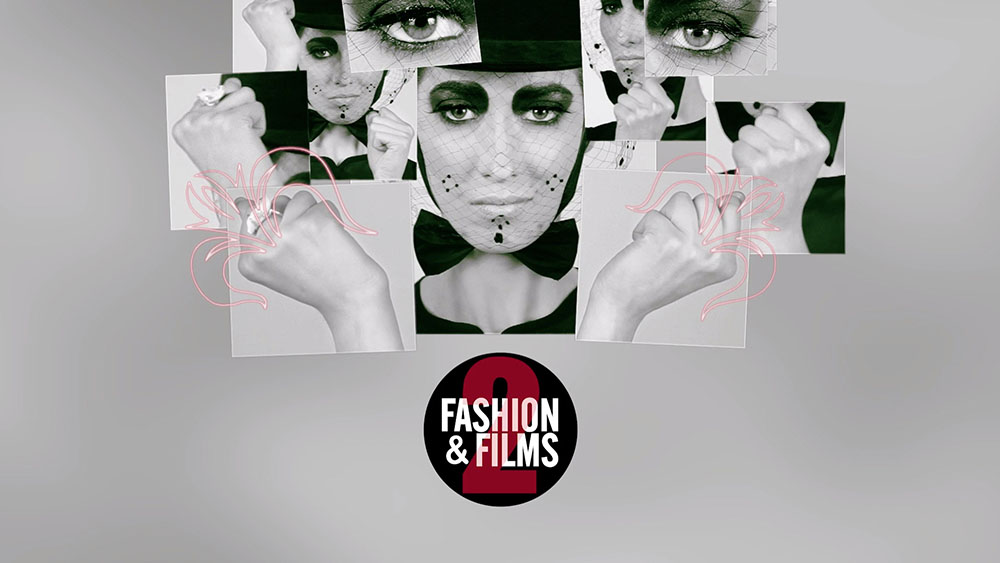 Second edition of Fashion and Films, programme of fashion audio- visuals with ethical dimension. Made in collaboration with the TopArte initiative within the XX. Anniversary of Guggenheim Museum Bilbao.

Distributed over two days, the program covers the different formats and approaches that this medium brings together combining fashion and audio-visual, two of the most prevailing cultural manifestations in contemporary society. It is formed by paradigmatic pieces made in the last decade along with audio-visuals that at present produce both prestigious and emerging filmmakers and international fashion brands. 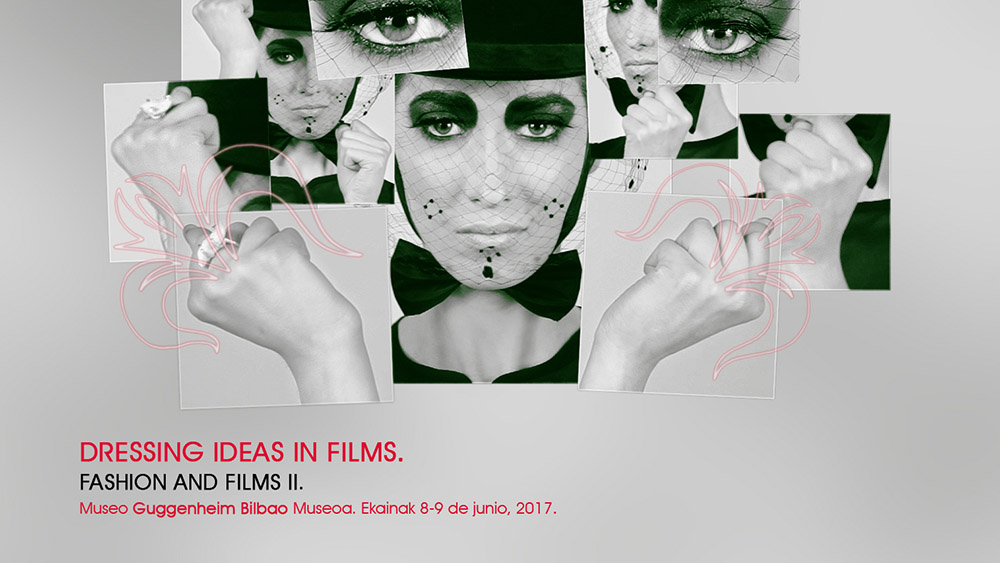 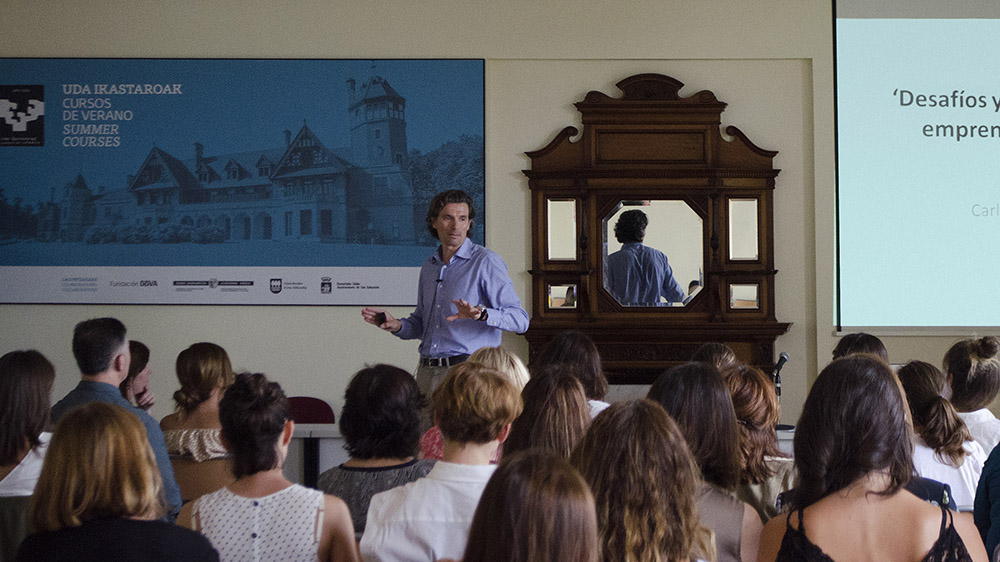 ‘Starting a business in fashion today’, first summer course of Cristóbal Balenciaga Museum, that has been directed by Estudio YOX, will be held in San Sebastian on July 6, 2017.

Located at Miramar Palace, headquarters of the Summer Courses of the University of the Basque Country, of which it is part, the course will count with the lectures of Carlos Delso Mion, Javier Plazas and Elsa Rey. 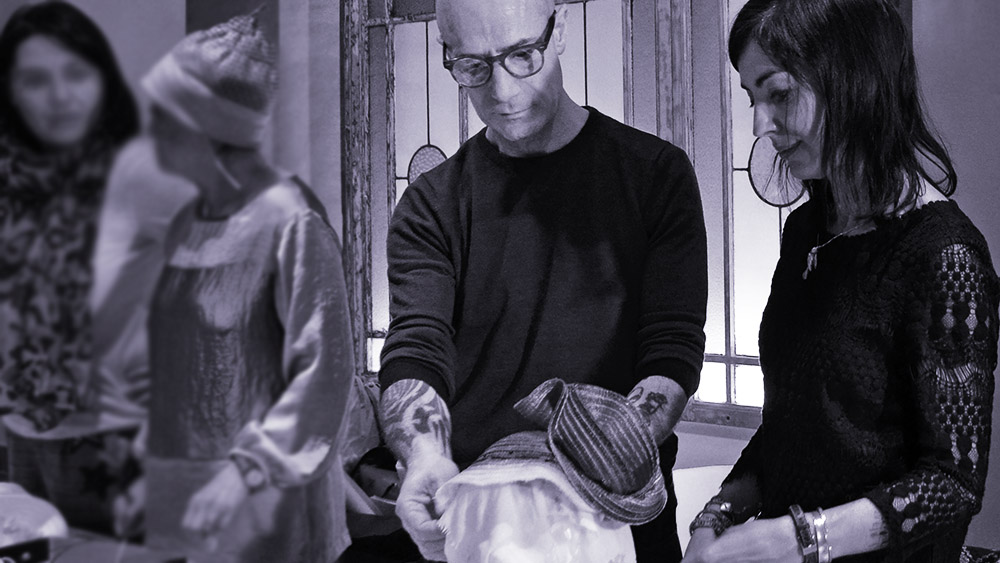 Angel Amor, millinery expert, costume designer and professor delivered the  third edition of ‘Headpieces for Haute Couture‘ course. It was held at Hotel Arrizul Congress in San Sebastian, from the 9-10 March, 2017, counting with fashion designers, creatives from other fields and other participants interested in these techniques.

The attendants had the opportunity to be taught by this renown professional that has dressed the likes of Cate Blanchett, Monica Bellucci and Mila Cunis in editorial and film productions in Spain and in the internationally.

In December 2011, ‘Chanel Dancing’ by Quentin Jones was screened at Cristóbal Balenciaga Museum. It was featured in the international fashion film programme held at MODATIK, Encounters of Fashion and Visual Arts organized by Estudio YOX.

Quentin Jones is a British director, illustrator and photographer. Her work has appeared in magazines such as ID and Vogue, and has worked with Chanel, Louis Vuitton and Kenzo to name a few. https://www.quentinjones.info/

We have organized a new master class in Bilbao. Ion Fiz, well known designer and professor, will explain the key factors leading to create and consolidate a fashion brand.

It will be held at the Gran Hotel Domine Bilbao on the 29th of december, 2016. 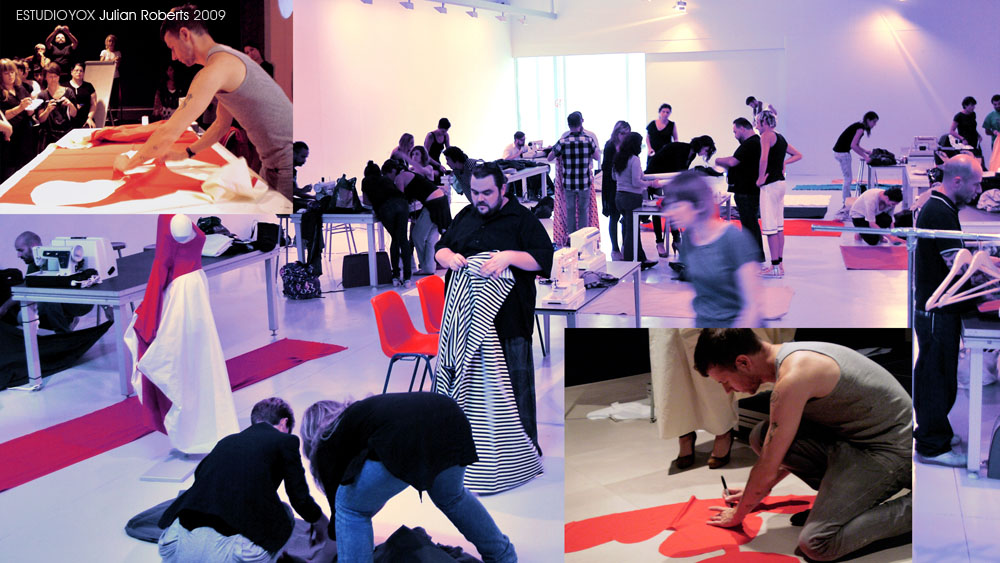 In October 2009 we organized the ‘Subtractive cutting’ workshop by Julian Roberts at Arteleku arts centre in San Sebastian.

Aimed at artists and designers, and with a two days duration, the workshop tackled the possibilities of this creative pattern making technique developed by Julian Roberts.

Julian Roberts is tutor of the Mixed Media Textiles MA at the Royal College of Art in London and has taught his technique at universities and centres worldwide.

We have organized a series of master classes on costume making for film and television series, which delivered by Angel Amor, will be offered in a number of Spanish venues.

Angel Amor, costume and prop maker for UK and USA productions and fashion professor, shares his knowledge and experiences in the field. 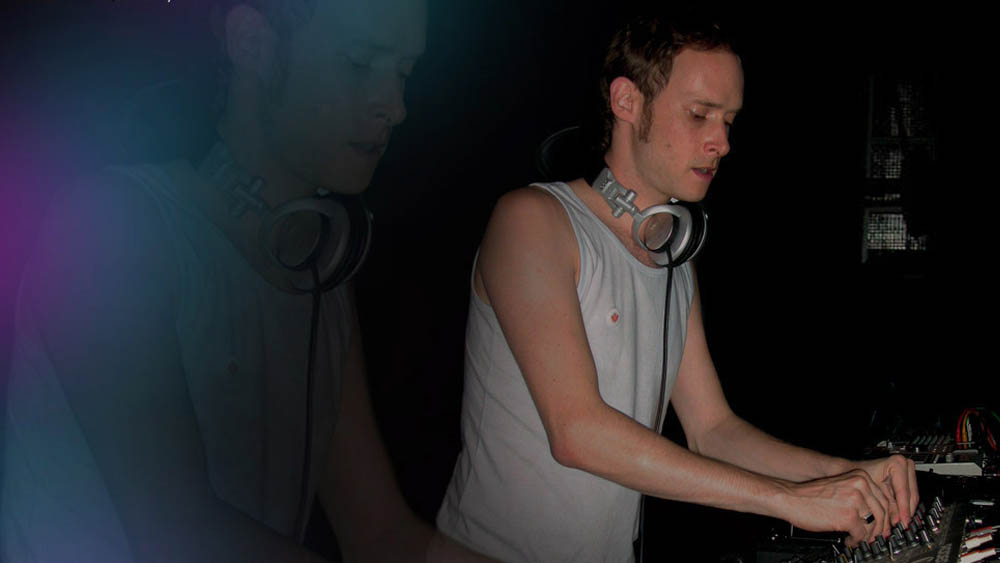 Michael Mayer performed at ‘Go&Egon’ event as part of the first edition of MID_E, international exhibition of arts and creative practices organized by Estudio YOX. It was in July, 2003 at Jareño venue in Donostia- San Sebastián. The event also hosted interventions by Ascii.Disko, Ivanka, Ramón Churruca and Madel. More information about ‘Go&Egon’ event.

Michael Mayer is one of the most prestigious DJs and producers in the german electronic scene. Co-owner of Kompakt, influential german label, he has remixed the likes of Depeche Mode, Pet Shop Boys, Rufus Wainwright, Miss Kittin and Foals. The distinctive style of both Kompakt and Mayer’s personal production lies in a humanist approach to advanced electronic music. This can be traced in the combination of electronic structures and pop music by the use of fresh melodies, vocal samples, etc.

Listen to this track by Michael Mayer.

More about Michael Mayer and Kompakt. 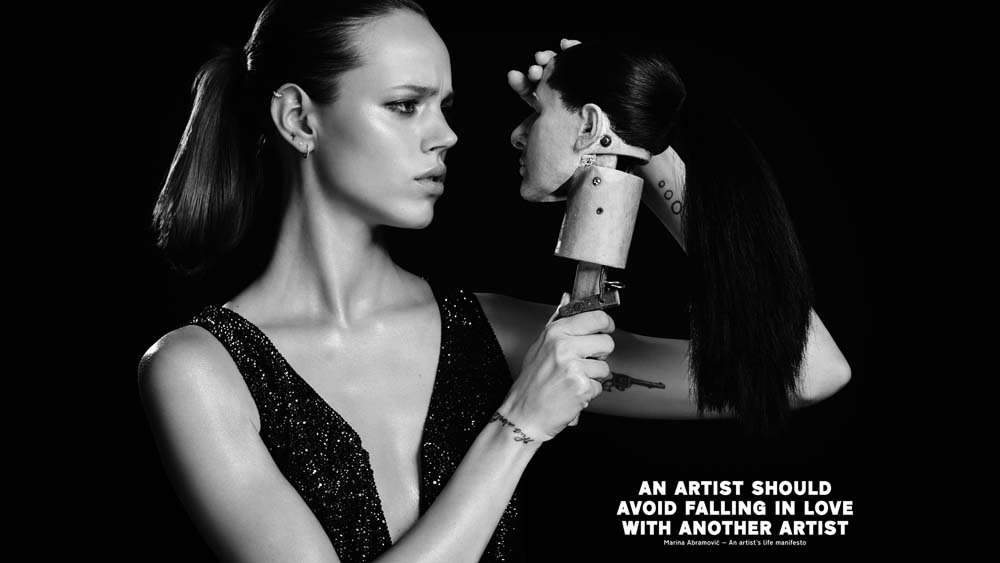 The photographer René Habermacher participated in the 2nd edition of MODATIK, Encounters of Fashion and Visual Arts, organized by Estudio YOX. His work, ‘An Artist should not make himself into and idol’, made in collaboration with the artist Marina Abramović, was featured in the fashion photography exhibiton as part of this edition. Works by Jean-François Lepage, Chen Man, Ronald Stoops, Erwin Olaf, Javier Vallhonrat, Ana Laura Aláez, were also shown in the exhibition, among other authors. It was in October 11-November 10, 2013 at Cristobal Balenciaga Museoa museum.

More information about the programme. 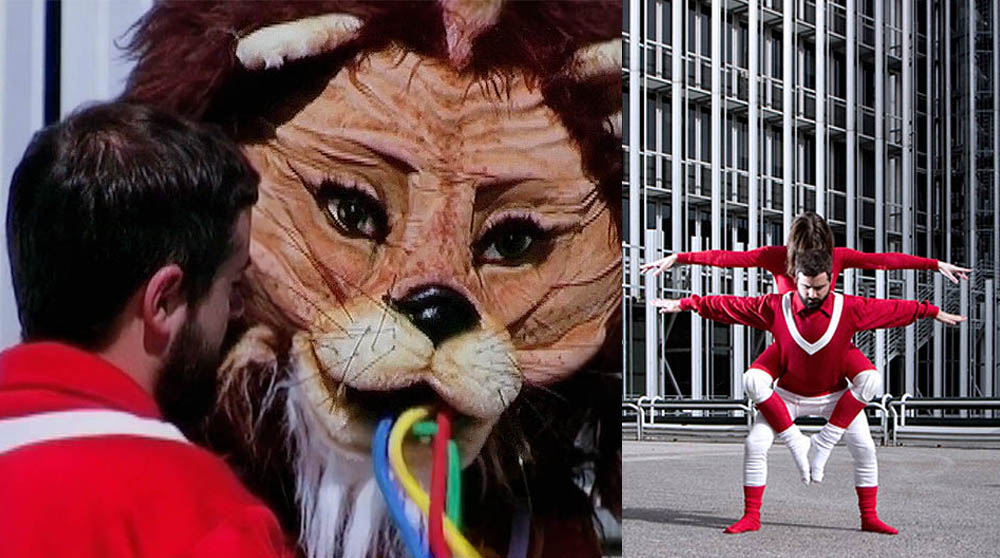 The artist Bubi Canal participated in the VIII. edition of MID_E, international exhibition of arts and creative practices organized by Estudio YOX. His work ‘Trust In Me’ was featured in ’MutaVideo’, international videoart programme. The edition, dedicated to the theme of Transformation, also hosted the interventions of Bart Hess, Gabi Schillig, Sonia Levy, Pyuupiru and Levi Van Veluw, among others. It was in July 2010 at Arteleku arts centre, in San Sebastian.
More information about the programme. 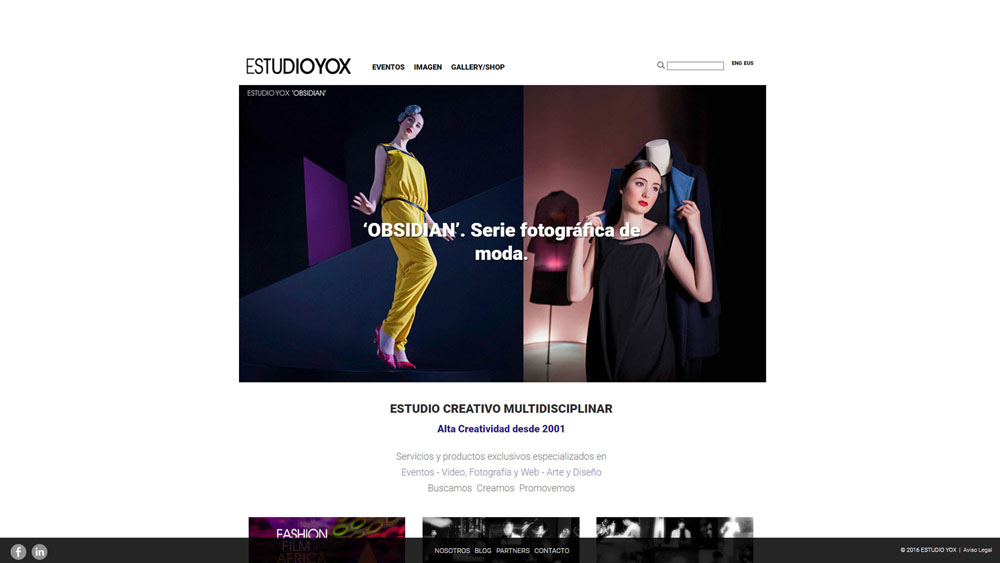 We celebrate fifteen years of activity renewing enthusiasm, name and web. We renovate, keeping our main objective -the creation, organisation and dissemination of projects related to contemporary creativity- and broadening our products and services.

Colectivo YOX has become Estudio YOX. If we do not know us yet, or if you wish to be aware of our novelties, we encourage you to browse our web where you will find a selection of the projects we have made, together with our new activities. 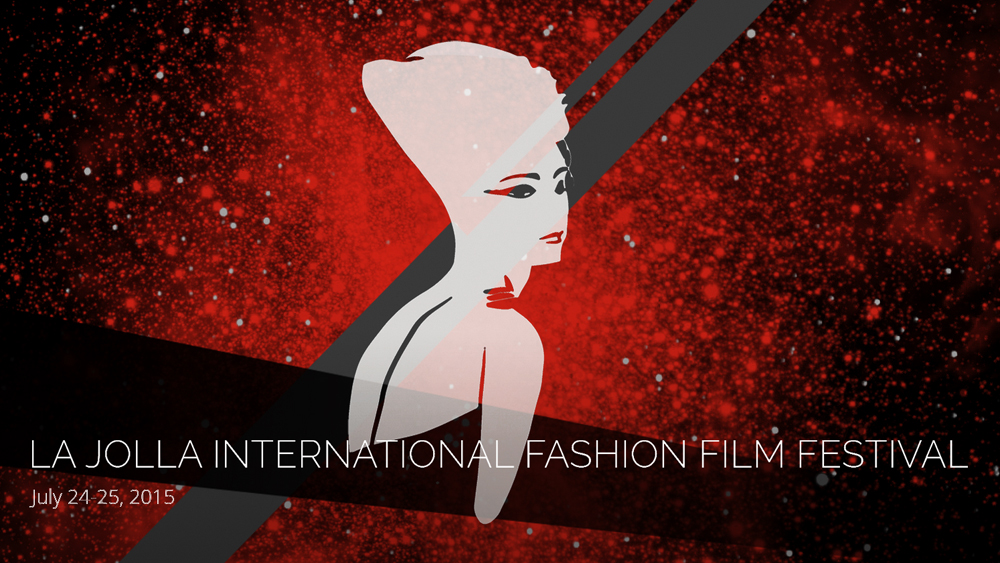 The film will be screened at the Museum of Contemporary Arts of San Diego together with 54 international works selected for the 6th edition of this worldly recognized festival.

More information about the festival. 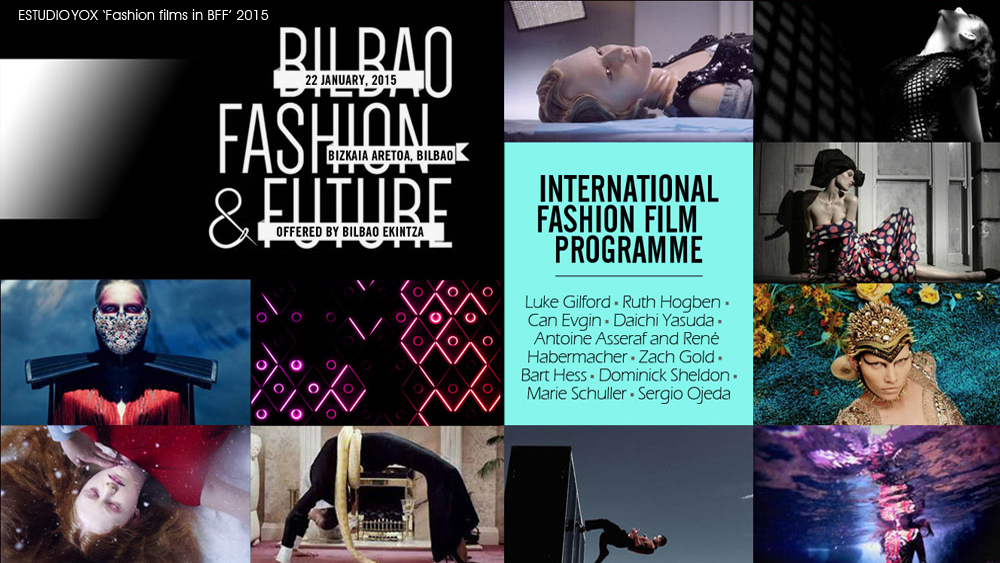 It gathers some of the most innovative and aesthetically advanced fashion films made in the international panorama during the last three years. They are works made by reputed authors in collaboration with prestigious fashion brands.

The Aesthetica Short Film Festival in York [UK] screens ‘VÄRYA’ the 6-9 November. A Estudio YOX´s fashion film made on creations by fashion brand Minimil, was selected at this festival recognised by the British Academy of Film and Television Arts. More information about the festival.

‘Värya’, a fashion film produced by Estudio YOX made on creations by fashion brand Minimil, has been selected at Aesthetica Short Film Festival in York [UK]. It will be screened within the programme of this festival recognised by the British Academy of Film and Television Arts. More information about the festival.